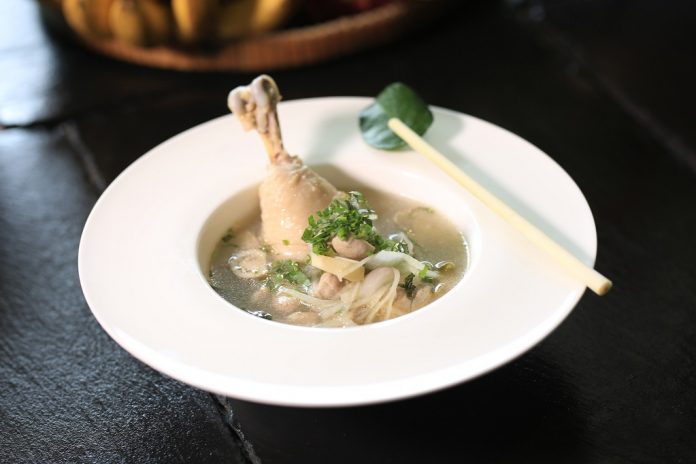 A chicken korma curry is a really tasty meal to incorporate into any immune system-boosting diet plan. It’s a mild curry, but for the spice fanatics out there, it can easily be made hotter with some extra paprika flakes or chilli powder. Kormas derive their hallmark creaminess and mildness from their yoghurt content, and eating yoghurt can really improve your body’s ability to fight off infections. This is because it contains trace minerals like zinc, selenium and magnesium, all of which are known for their role in the human immune system. It’s also an anti-inflammatory food, which not only helps with some gastro-intestinal disorders, but can lessen the effects of viral infections. Kormas also use turmeric, which, amongst numerous other health benefits, has been linked to increased immune system capacity.

Fry 3 cloves of garlic and one red onion in olive oil until light brown. Add a teaspoon of each of the following: turmeric, smoked paprika, cumin, ground coriander. Add chopped chicken breast to the mixture until cooked through. Add two handfuls of spinach and 200ml of vegetable stock. Heat at a low temperature until the mixture is 25% reduced. Stir in a couple of teaspoons of yoghurt.

A simple tomato soup is a really efficient way to help out your immune system: you’ll get a huge amount of really important macronutrients in a relatively short amount of time. Tomatoes are a great source of antioxidants, namely vitamin E (which helps prevents cell decay from ageing processes, as well as used in repairing immune cells) and lycopene (which specifically prevents damage to disease-fighting white blood cells). Eating them in soup form means that you’re able to get a lot more of these nutrients – alongside many other important ones too – into a smaller portion of food, making its a very efficient nutrient-delivery system. Soup is also a really filling meal, meaning that it’s a good option for those who are concerned with weight loss: it will keep you fuller for longer, staving off cravings for snacks and second helpings.

Fry up some onions and garlic in olive oil until brown, then add a tin of tomatoes and third of a tube of tomato puree. Add vegetable stock to taste, and cook for 20 minutes. Add basil or parsley as a garnish, if you would like.

In fact, soup is such a good food for healthy living, we’ve had to put another one in: this time, thicker and green one. Kale, like all dark leafy vegetables, great for your immune system. Kale contains very high levels of vitamin C, vitamin K and folate, all of which have been shown to help the immune system. It also contains high levels of antioxidants (which is indicated by the dark colour of the leaves) which chemically react with (and thus neutralise) free radicals, which are chemicals in your body that can cause damage to your cells, including those cells that comprise your immune system. The potato in this soup makes it particularly filling, so you’ll be less likely to over eat on bread, helping out with weight loss and the burning of belly fat.

Fry up three cloves of garlic in olive oil, and then add in three potatoes’-worth of diced potato. Fry until slightly brown, then add 500ml of vegetable broth. Keep on the boil until the potato is soft, then add in 500g of kale leaves. Cook for a further 15 minutes, then liquify.

Porridge with fruit is an excellent breakfast option. Oats contain beta-glucan. which is a soluble fibre that not only aids digestion, but has been shown to boost your immune system, too. As with yoghurt (discussed above), they contains selenium and magnesium, too. You’ve also got a lot of milk options available, and whilst all low-fat options are good ones, almond milk is particularly recommended: it contains immune system-boosting vitamins A, D and E. Topped off with berries such as raspberries and blueberries, porridge is a really great way to keep your body healthy, particularly with regard to your digestive system and your ability to fight off infection.

Pour 150g of oats into a bowl. Add enough milk for the oats at the top to be slightly floating. Put in the microwave for 1 minute 30 seconds, then leave to stand for thirty seconds. Microwave for another 30 seconds or until piping hot. Then sprinkle a selection of berries on top.

Both ingredients in this recipe are well known for their benefits for the immune system. Salmon contains a high amount of omega-3 fatty acids, particularly DHA and EPA, which are known for reducing inflammation, which in turn allows your immune system to focus on actually doing useful things within your body, namely, fighting off disease and infection. It’s also high in vitamin D, too. Lemon, on the other hand, is often dubbed as a ‘superfood’. Lemons are high in vitamin C and other antioxidants, and have also been said to help relieve the symptoms of common infections like colds or flu, like fevers and respiratory-tract congestion.

Heat the oven to 160&ordm;C (140&ordm;C fan). Brush the salmon fillet(s) with olive oil and douse liberally with lemon juice (either fresh or from a bottle). Add any other herbs that you fancy, and put them on a tray. Then put them in the oven and roast for 10-15 minutes. Serve with sides of your choice.

This recipe is really great for when you want something a little more exciting and showy, but still want food that fits within the shadowy category of a ‘healthy living’ diet plan. Shiitake mushrooms have within them a multitude of chemicals that help the immune system: polysaccharides, lipids, sterols-to name a few. Ginger is also a great well-known anti-inflammatory substance, as well as containing antioxidants to prevent damage to cells in the immune system.

Cook whatever noodle you feel like eating as directed on their packet. Drain and add a small amount of sesame oil to prevent any glutination, any sticking. Heat groundnut oil. Once hot, add a finger-length piece of root ginger then add your mushrooms. Cook for around one minute. Add the noodles and toss them about, then add 8 chopped spring onions, 2 teaspoons of oyster oil and soy sauce each, and a couple of drops more of sesame oil.

Like soups, smoothies are a really quick way to get a huge amount of nutrients into your body. Liquids are also absorbed into your body quickly, and allow your digestive system to have a bit of a break, so not only are they usually quite quick to make on a practical level, but quite quick to feel the benefits of. Orange is famous for its vitamin C content, but carrot boasts a high amount of the stuff, too. Mango is not only delicious and a little bit more exotic compared to some of the other foods that help the immune system and general health: it has a large amount of vitamin A.

Put one peeled orange, one large peeled carrot, 2 sticks of celery, 50g of mango (fresh or a thawed-from-frozen equivalent) and 200ml of water into a container or stand-alone food processer. Blend with whatever system you use.

This smoothie is, in a way, another repeat: it’s another recipe for a smoothie, and another recipe using a large amount of leafy greens. But it’s still a really good smoothie to have under your belt, if you’re interested in wellness. It doubles down on leafy greens, using both kale and spinach, so brings all of the associated benefits of their wealth of anti-oxidants, vitamin C and folates, and the mango and ginger also have their place in a diet that will help boost your immune system.

Put 200g of closely-chopped kale, 200g of spinach, and 200g of a of mango, kiwi and pineapple (ratio to taste) into a container with 200ml of unsweetened almond milk. Blend with whatever system you use.

Eggs are a surprisingly good thing for your immune system, despite the general bad press that surround them with regard to their cholesterol levels and fat content: they’re a great protein source (and adequate protein is vital for a functioning immune system), and they are high in vitamin A and E, and have a good amount of selenium and zinc (all macronutrients that you, having got this far in this article, will know are important for immune health). Avocados are a great food due to their glutathione content, and this substance is needed for the production of lymphoid cells (commonly known as white blood cells). Paired with a wholemeal piece of toast, this is another excellent and filling breakfast option.

Put a piece of bread into a toaster and toast to your taste. Mash up half an avocado with some olive oil, and spread on the bread. Next, boil a small pan of water and add a couple of drops of white wine vinegar. Swirl the water vigorously (this will help the egg maintain its shape) and decant the contents of the egg into the pan. Supervise the egg, and continue to swirl the water (though more gently now the egg is in play) for 6 minutes, or until you feel your egg is adequately cooked. Remove the egg with a large spoon and place on your toast.

Shorn of its high-fat content via the removal of mayonnaise, coleslaw can be a really great food to have on hand, especially if you like to hold events like barbecues or buffets. White cabbage is a great source of insoluble fibre, which is the main food source for friendly gut bacteria like lactobacilli and bifidobacteria. It’s been shown that colonising these bacterial helps with immune system function, producing important chemicals like vitamin B12 and vitamin K. Carrot, as discussed above, is a great source of vitamin C, and thus also conducive to good bodily health and defence.

Shred up half a white cabbage and two large peeled carrots. Put to one side. In a small beaker or glass, mix together a vinaigrette: it should be 1 part vinegar to 3 parts oil. Add mustard and sugar to taste. Then thoroughly mix the vinaigrette into the shredded cabbage and carrot.