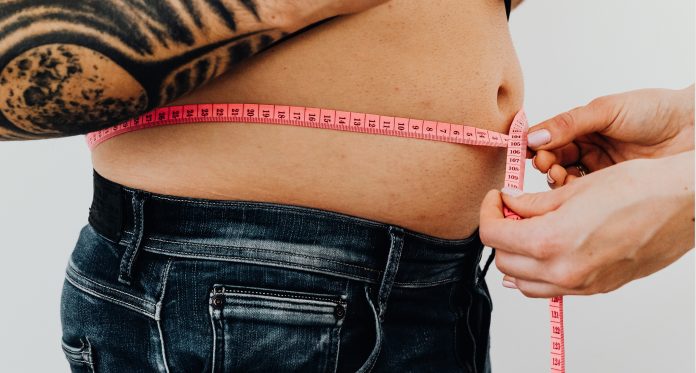 Taking care of your body is of utmost importance, especially during these times. Although you may feel like you’re following all the rules to losing weight, sometimes those last few pounds can be stubborn, or you may even find yourself gaining weight. There are many simple issues that cause weight gain that most people are unaware of.

Without at least 7-8 hours of rest, your body cannot function properly. A hormone is secreted that makes your body think it’s hungry, but in reality, it’s just tired. Sleep deprivation has also been linked to a slower metabolism, as well as reduced activity in the frontal lobe leading to an impaired ability at controlling behavior and choices, such as choosing what to eat, which can harm weight-loss efforts.

People often overlook the calories from things like juice, soda, and alcohol. Because these things don’t fill you up and satisfy your appetite, it’s easy to let the calories add up and pack on the pounds. Instead of drinking 500 calories worth of soda, choose the water next time and use the 500 calories for something that will actually satisfy you.

Although undereating is a common method used to lose weight, it often results in the opposite effect. By reducing your caloric intake, you are also slowing down your metabolism. This is detrimental because as soon as you go back to eating as you normally would, you’ll likely gain all that weight back since your body is used to a calorie deficit.

Especially during these times, stress is evident in all of our lives. When people are in a constant state of chronic stress, they can resort to unhealthy coping mechanisms such as overeating. Eating can often relieve stress, and depression can cease the neuro-endocrine system to function properly, resulting in a constant state of hunger despite eating.

Unfortunately, weight gain can also be a side effect of certain medications. Antidepressants, anxiety medication, and blood pressure medication have all been known to cause weight. Before starting any new medication it’s a good idea to consult your doctor and go over any possible negative side effects such as weight gain.

It’s a well-known fact that unhealthy foods are often addictive, and filled with fat, sugar, and salt. These foods trigger the pleasure center of the brain, so once you stop eating them your body is actually going through a mild withdrawal which is why it’s so hard to stop after just a few potato chips.

Drinking Through a Straw

Many people would be surprised to hear that drinking through a straw can help aid weight gain. Using a straw makes it easier to drink larger amounts of liquid at a faster time, and if that liquid is filled with calories such as juice or soda, the calories can add up quickly without even thinking about it.

Being dehydrated can seriously affect the way your body functions. It changes how your body burns fat, and how often you’re hungry. Dehydration has also been linked to slower metabolism, fatigue, and other digestive orders that can encourage weight gain.

We’ve all heard that breakfast is the most important meal of the day, but how many of us actually take it to heart? Studies have shown that those who eat a large breakfast are less likely to binge out later in the day, helping prevent weight gain. By eating a balanced and healthy breakfast, you’re also less likely to feel fatigued during the day and mistake that tiredness for hunger.

Gaining weight is one of the many negative side effects of quitting smoking. Although quitting is such an important step for long-term health, the initial challenges it causes can be extremely inconvenient. Weight gain is common for many smokers who have recently quit, but the good news is that there are easy fixes to help combat this. By drinking plenty of water and engaging in regular physical activity, you can help avoid weight gain.

Eating More Than You Think

It’s so easy to eat more than you think. If you find yourself mindlessly snacking while watching TV before you know it the entire bag of chips is empty. If you must snack, it’s a good idea to switch out chips and popcorn for veggie trays. For those few times you do have unhealthy snacks, measure it out beforehand instead of eating directly from the bag so it’s easier to limit yourself.

Gaining weight doesn’t necessarily mean you’re gaining fat. If you’ve recently started strength training, it’s likely you’re gaining muscle and muscle weighs more than fat. Gaining muscle will actually help burn this fat and future weight loss, as muscle helps speed up metabolism and tone up problem areas such as legs and belly fat. If you don’t want to gain muscle, however, switching to cardio can be a healthy alternative.

Indulgent Eating After Working Out

After a hard workout, it’s easy to justify reaching for that piece of fatty cake. By constantly using working out as an excuse though, those calories add up. No amount of exercise can erase bad eating habits, and fatty foods can make you feel tired and lazy.

Eating Too Much Healthy Food

Unfortunately, you can have too much of a good thing. When eating healthy foods, many people eat more than they should as they believe those calories don’t matter. These calories add up, however, and just because something is labeled, “organic” or “low fat”, that doesn’t mean it’s good for you, or that it will help weight loss.